The Grand County Commission hopes to complete a proposal for a public lands bill by the end of this year. There will be multiple rounds of public input. Comments are now being solicited on the broad outline of the proposal. You can comment online here or send an email to publiclandscomments@grandcountyutah.net .

There will be at least one additional round of public input once we have developed more specific management options.

One of the county's top priorities is to secure increased and ongoing funding for BLM to manage the highly visited lands within Grand County. BLM has additional funds available for the management of "National Conservation Lands", which include National Conservation Areas (NCAs). An NCA designation is the most straightforward path to secure some additional management funding. (Creating new National Parks would also bring additional funding, but new National Parks do not seem like a good fit for Grand County.)

The tentative proposal calls for NCAs covering federal lands within Grand County which either (1) receive higher visitation than typical federal lands, or (2) contain outstanding scenic, cultural, or wildlife resources. There is also a modest expansion of Arches National Park (see below).

National Conservation Areas are very flexible designations. They can contain everything from motorized recreation focus areas to designated wilderness. A single NCA can contain sub-areas with different management emphasis. The legislation creating the NCA specifies the management details -- see below. NCAs do not preempt valid existing rights (e.g. existing mineral leases). NCAs typically include a prohibition on future mineral leases and mining claims.

This page will be updated periodically as the process evolves. 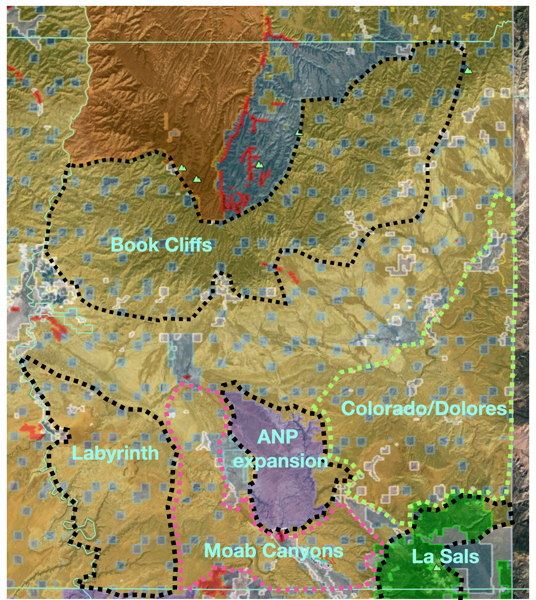 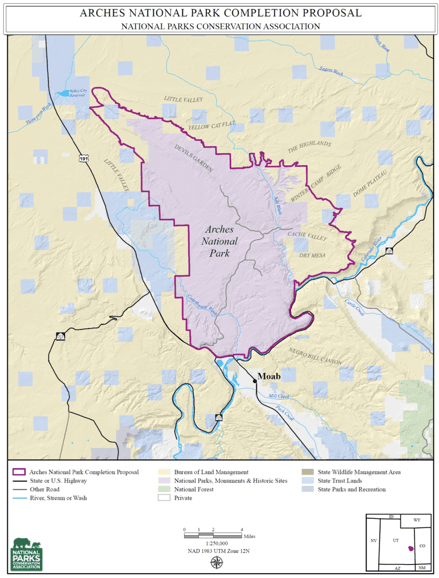